Videos may take time to load…

This appears to be footage of Edward M. Benson (ACook) having his leg wound tended to by members of C Company, 5th Medical Battalion, 5th Marine Division in Iwo Jima on February 19th, 1945 (D-Day).

Note: Many soldiers were assigned tasks not associated with their actual ranking. For instance, an Assistant Cook (ACook) or a Field Music First Class (FM1c) may have been utilized as, for example, messengers or firefighters.

There are several indicators that the soldier in this video is, indeed, Edward M. Benson.

2) The last name on the helmet is clearly Benson AND, according to The Spearhead (page 194), there was only one soldier with the last name of Benson in the 5th Marine Division that was wounded in action (WIA) – Edward M. Benson. 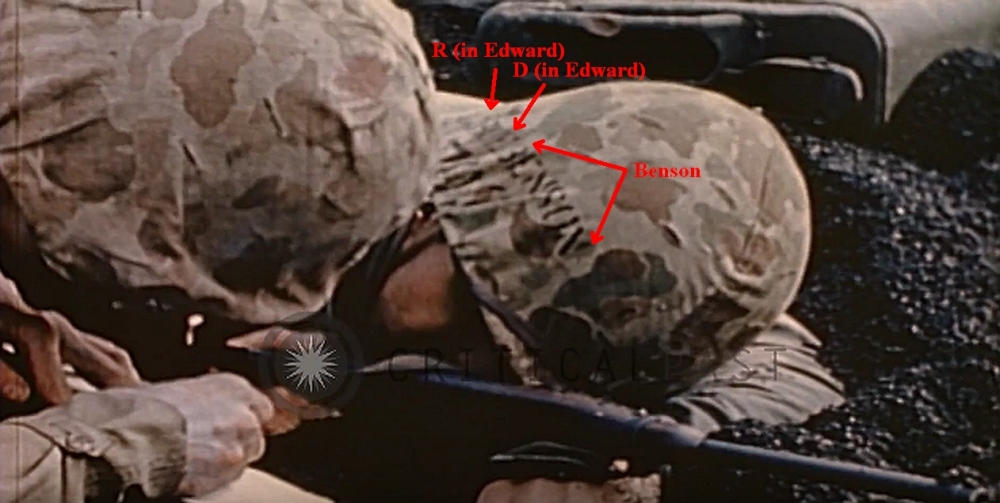 The “D” in Edward looks like an “E”, but I believe that this is due to the helmet cover being wrinkled.

This a screenshot from a portion of the previous video. 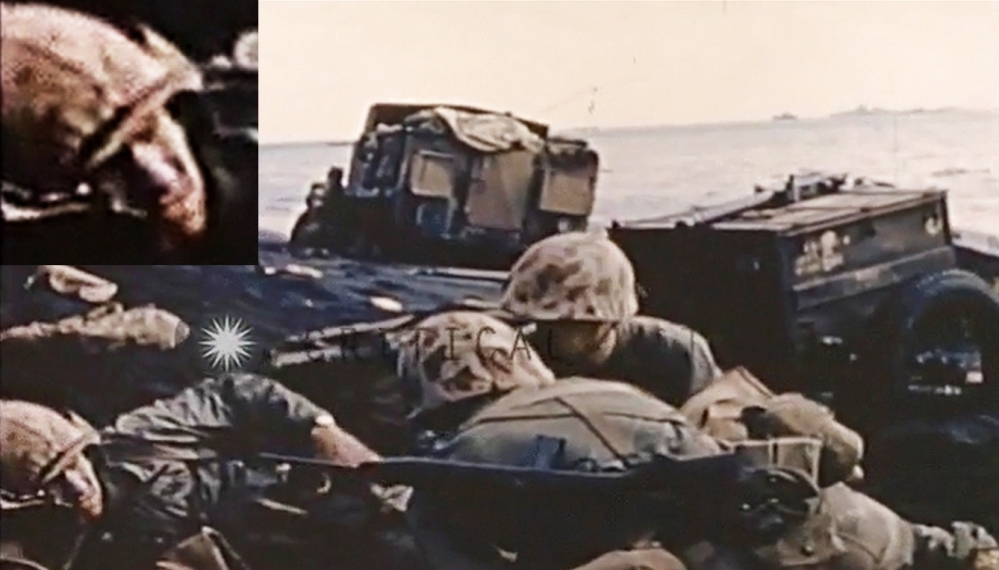 This screenshot from a portion of the previous footage gives a view of the wounded soldier’s face.